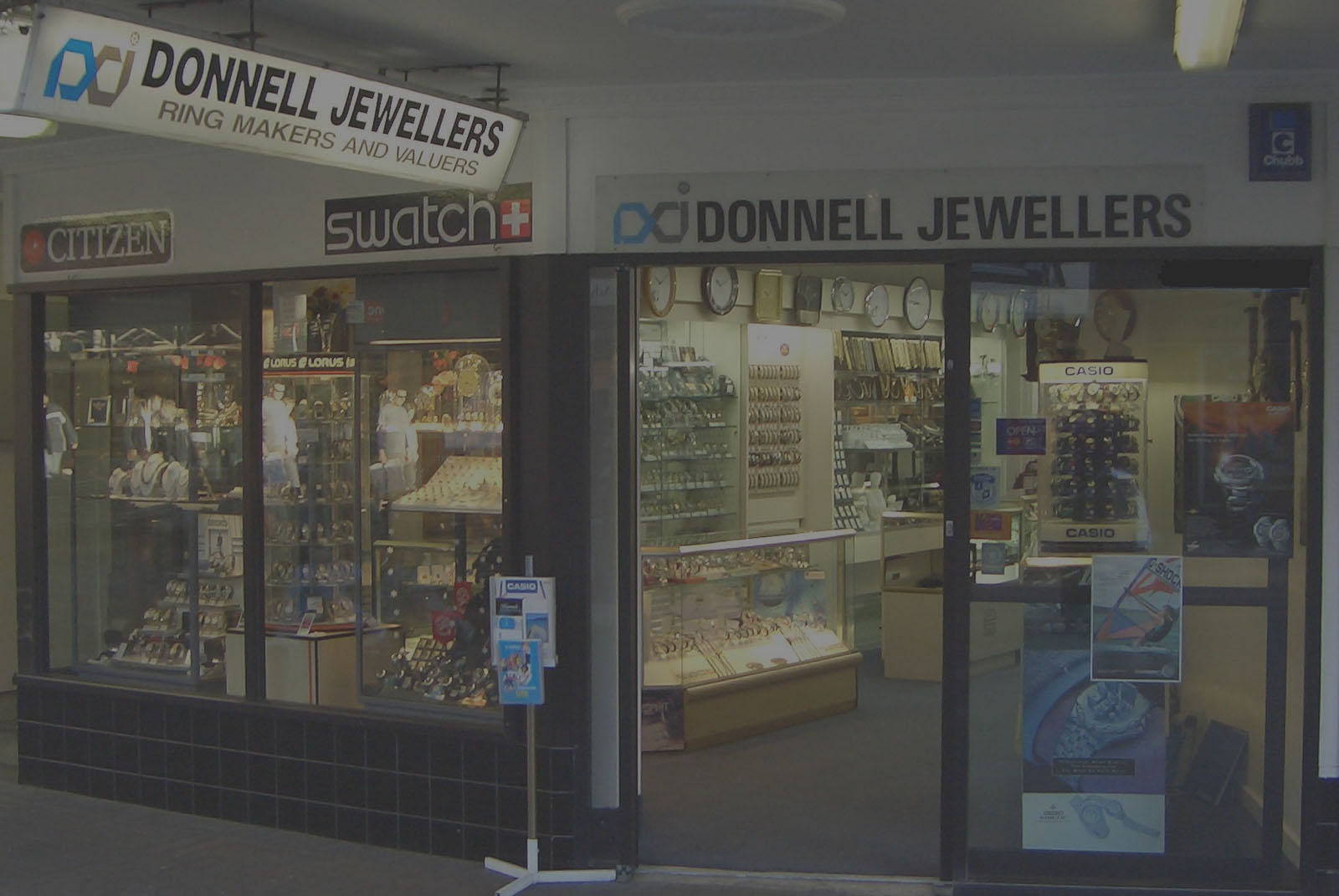 Donnell Jewellers served the people of Canterbury, New Zealand, for over 45 years.

We operated our retail store and manufacturing workshop from the Triangle Centre, at 281 High Street. Our premises were severely damaged in the Feburary 2011 earthquake. After trading for some years from our homes, we decided to retire in 2019. We thank you, our customers, for your support of our business over the past five decades.

Over 63 Years on High Street, Christchurch

Our founder, Richard Donnell established Donnell Jewellers in 1975, when he purchased Adcocks Jewellers. Previously, he had worked for 23 years as a manufacturing jeweller for another High Street jewellery business. Our retail store and workshop was located in the Triangle Chambers building in High Street, Christchurch, New Zealand. We traded from this location for just over 40 years. Richard’s wife and four daughters worked in the shop over the years, along with numerous employees.

Unfortunately, in February 2011, the building was severely damaged by the Christchurch Earthquake, and later demolished. The business operated for several years after this by appointment only. In 2019 the difficult decision was made to officially retire.

If you would like to learn more about our history, and the impact of the Christchurch Earthquakes on Christchurch, Deb has documented the city’s story through a number of articles and publications.  You can view her articles and purchase her books here.